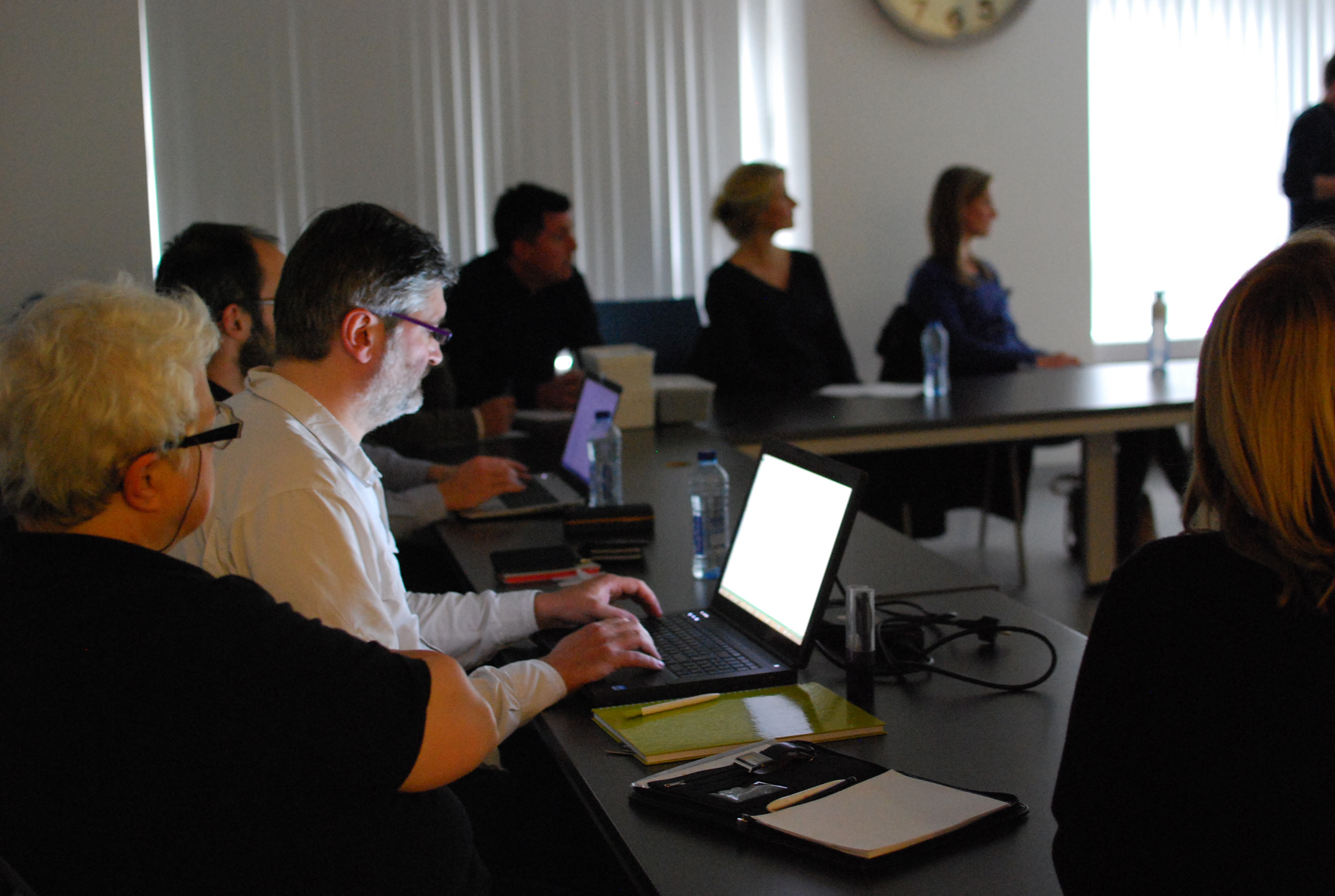 On Friday 16 October 2015 a seminar was given at the Ghent University Hospital about the BTS-TMJoint method. Our own research team, researchers of the University of Gent and two students of THIM International College for Physiotherapy attended an exclusive, instructive class by Dr. Joachim Rosswag, dentist and specialist of the BTS-TMJoint Method.

SportsInjuryLab is currently applying the BTS-method in a major research project concerning sports injuries. For this project we joined forces with Rosswag, University of Gent and THIM International College for Physiotherapy. Dr. Rosswag, who is a dentist first and foremost, specializes in treating (professional) athletes including with ArmourBite (splint) adaptations to correct dental malocclusion. This method corrects the imbalance in the entire musculoskeletal system, rendering the athlete free of injury.

“A person’s posture will change by the position of the jaws”, dr. Rosswag explains. “When one bite side of the jaw is higher than the other side, this imbalance will influence the rest of the body. Pains may occur that cannot or no longer be corrected by e.g. just shoe inlays”.

The use of an advanced measurement system (made by BTS Bioengineering in Italy) and measurement of the muscle activity of 4 muscles (Temporalis and Masseters left and right) enable diagnosis of jaw activity balance during biting. According to dr. Rosswag, “The measurement instrument itself is very precise and always provides a very accurate result. Not all athletes can put their finger on what they think is wrong in their body. The system however can register every movement and besides that, the effect of an ArmourBite appliance can be measured immediately and the outcome be compared to previous outcomes. The effect of the system is scientifically backed up by the data obtained from the measurements, which makes the BTS-TMJoint method an extremely powerful and usable tool”.

In Germany dr. Rosswag has already examined many professional athletes, for example an elite soccer team in the first German Bundesliga. He has tested all 26 elite players for body imbalance caused by incorrect or changed bite activity. Only 8 players showed no imbalance. These 8 players also claimed they did not or hardly suffer from injury. The other players however had regular injury problems. Surprisingly these were always on the other side of their body (contralateral side) than the side of their dominant bite activity. Dr. Rosswag: “By having them use a special ArmourBite on the lower teeth we were able to correct the weaker side, which resulted in increased balance and strength, objectified by the BTS method”.

The University of Ghent researchers are also interested in the BTS measurement system. “It’s a very powerful measurement instrument. This system totally rules out the placebo effect and that makes it such an amazing tool.” Two students of THIM International College for Physiotherapy (Nieuwegein, the Netherlands) were also explained how to use this instrument in their studies. Marieke: “I think it is a very interesting method. It feels like we are standing at the beginning of something new and we would love to use the BTS system for our thesis!”

SportsInjuryLab helps sports clubs and individual athletes all over the world by monitoring the occlusopostural and odontogenic status as well as individual injury susceptibility.