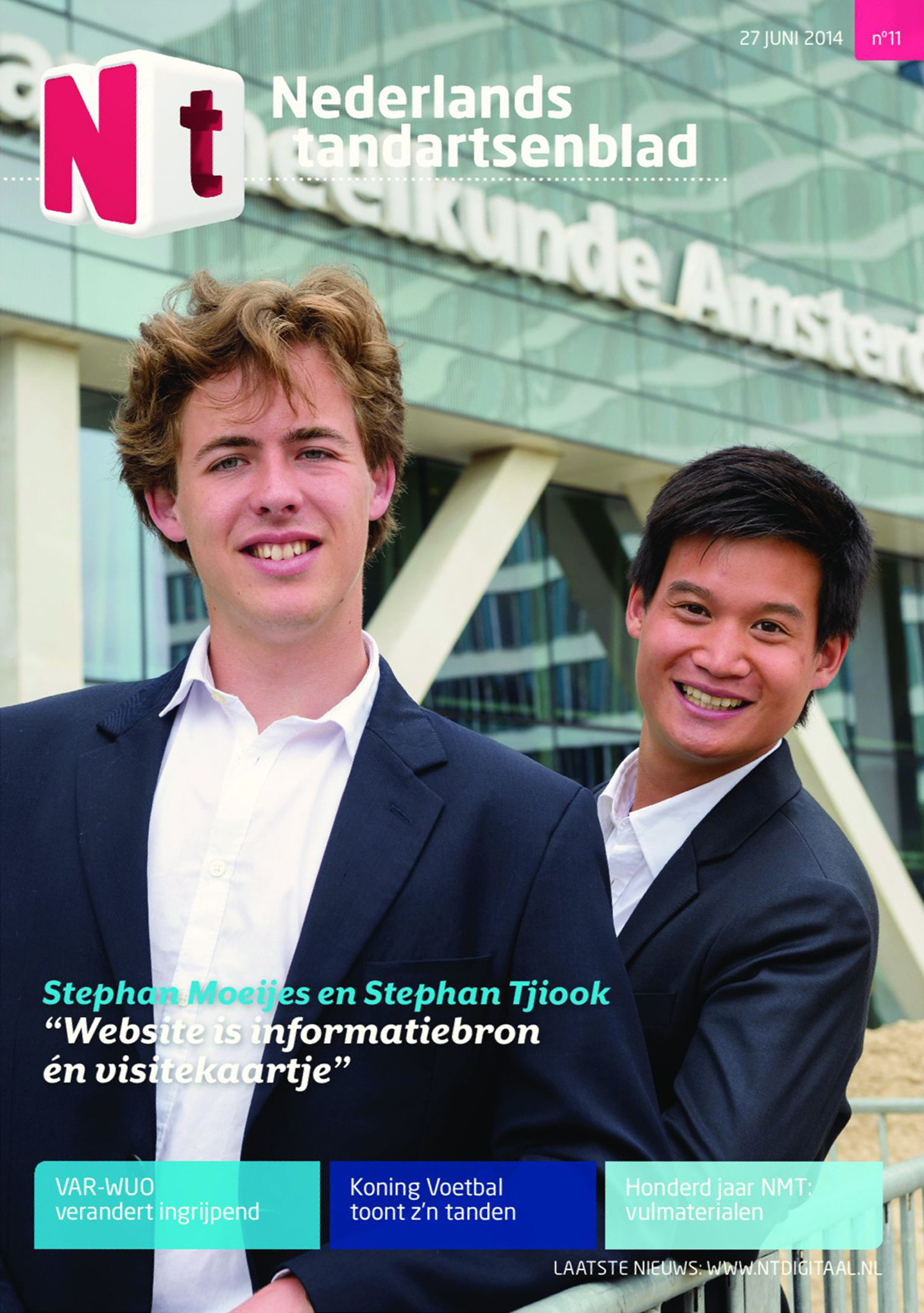 Recently an article about the role of teeth and injuries in elite soccer was published in the Dutch magazine for Dentists (Nederlands Tandartsenblad). SportsInjuryLab is also mentioned in this article

…World Championship screeningRisk management in terms of oral health is also an issue to the Royal Dutch Soccer Association. At the request of the association, De Maat together with his colleagues screened all World Champion selection players over the past weeks and treated them where necessary. He does not want to and is not allowed to provide any medical information from this screening, but he admits that all those millions in his chair make him think very carefully about the right approach. The question is whether soccer clubs apply risk management based on a vision that may be too narrow. Sports physiotherapist Henny Solleveld has been specializing in connections between oral issues and sports injuries for years. He founded ‘SportsInjuryLab’, together with professor dr. Arnold Goedhart, formerly connected to Leiden University as statistician and methodologist, and Flemish professor dr. Luc vanden Bossche, among others. Vanden Bossche is medical officer of soccer club AA Ghent and connected to the Ghent University Hospital. The organization focuses on scientific research and offers soccer clubs a consultancy plan providing the medical staff insight into players who are highly susceptible to injury. Screening of over two hundred players from professional clubs in the Netherlands, Belgium and England have led to definite conclusions such as:“The number of dental and temporomandibular joint issues (SumDental) is a better predictor of muscle, ligament or tendon injury in (professional) soccer players than age,  psychosocial stress, unhealthy eating habits and problems with trainer or team members”. SportsInjuryLab has developed the ‘Sports Injury Risk Indicator’ (SIRI). This is a list to be filled out per player which, in addition to injury history and a number of psychological factors, also includes the player’s dental status and case history. Scientific methodology has revealed significant correlation between oral problems and injuries that are often not understood. Based on SIRI players with increased injury risk (approx. 35 percent on average) can be examined in more detail. For soccer club SC Cambuur for instance, reports were drawn up recently for all selection A players, with an OPT for each player and dental advice wherever necessary. The list of high-risk players SportsInjuryLab drew up showed surprising similarity with the list of players susceptible to injury from Cambuur’s medical staff.

Incomplete occlusion
SportsInjuryLab focuses on two problem categories: dental problems, including inflammation and wisdom teeth, and changed occlusal functions and characteristics. Oral inflammation is now generally known to lead to a permanently increased cytokine level (such as IL-6), a proven cause of muscle fatigue which is one of the main factors for injury susceptibility. In addition, oral bacteria continuously send out minor toxic products to the bloodstream. For Solleveld and co it is therefore self-evident that inflammation undermines performance of (elite) sports players. Combined with the severe training programmes of many elite clubs, this constitutes an extra cause of (recurrent) injury. Further focus is on craniomandibular issues and incomplete occlusion. These lead to compensating adjustment in the entire postural and locomotor system and to unbalanced burdening of the left or right half of the body. This may curb the player’s quality and performance as regards soccer technique.

Would Robin van Persie have scored his dream dive goal against Spain with his four wisdom teeth still crosswise in his jaws? We will never know. It is a fact though that the World Cup players have been screened for oral health and are in top shape.

SportsInjuryLab will soon publish an article in the British Journal of Sports Medicine. Those who are curious can check out an abstract from 2012 on the SportsInjuryLab website. This may provide new input to evidence-based dentistry and surgery which involved professionals tend to base themselves on.”

For those who are interested, here you may find the link to the first results (abstract) of our research project.

SportsInjuryLab helps sports clubs and individual athletes all over the world by monitoring the occlusopostural and odontogenic status as well as individual injury susceptibility.